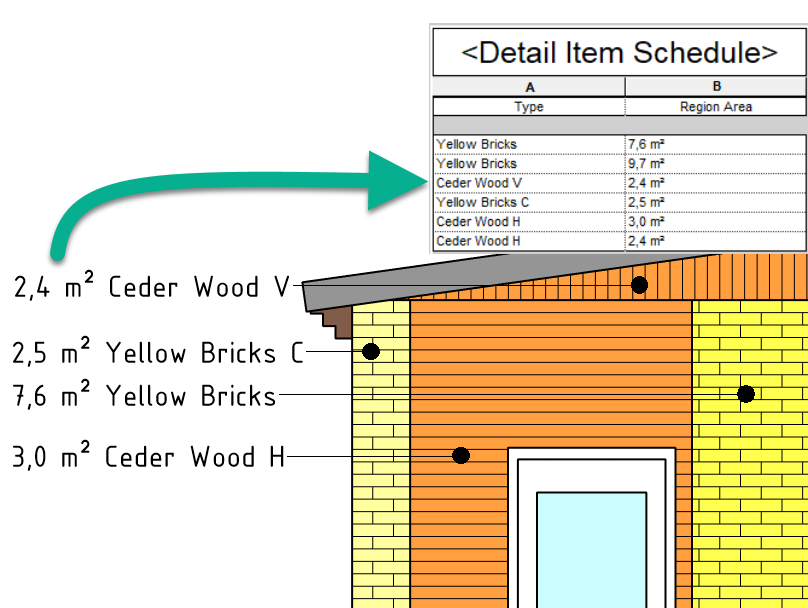 Several people asked me how to also schedule the Area that I tricked the tag to display.
It’s really not that difficult using a simple Dynamo script.

Start by creating a parameter for your area – if you would like to, this could also be a Shared parameter (letting you tag it in a perhaps more proper way) but it can also just be a normal Project Parameter. Just make sure to make it Instance, tied to Detail Items, Vary by Group and of Area type.

Then start Dynamo and create the script below – I would recommend setting Dynamo to Manual instead of Automatic. (If you are using a Revit set for another language you might need to adjust the “Area” to your language)

After running the Dynamo script you will have the Area of all Filled Regions (in your project) copied to your new parameter and you can now add it to a schedule as you’d like.

It might be a good idea to filter out all other kinds of Detail Items you have laying around in your project – the schedule will also list normal Detail Components and not only Filled Regions.

In a larger project you probably might want to change the script above to use Select Model Elements or something similar (instead of Categories and All Elements of…) to only update the selected Filled Regions instead of all Detail Components.